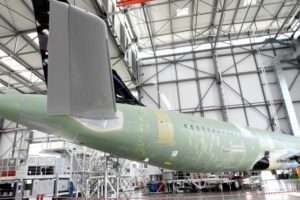 The European aircraft manufacturer Airbus has warned that it could move its future production of aircraft wings from the UK if the country comes out of the European Union (EU) without a deal.

The company said it might have to take “very painful” decisions for its UK business in the case of Hard Brexit.

The Chief Executive Officer of Airbus, Tom Enders, addressed his statement to the divided British Parliament to avoid chaotic Brexit, recognizing that there would be no immediate change in the presence of the company in the country. However, he has made his sharpest warning so far that future jobs are threatened.

“The British aviation-space sector is now on the brink of the gap”, said Tom Enders. “If there is no Breixt agreement, we will eventually have to take very painful decisions for Britain”, added he.

The world’s second largest aerospace group has 14,000 employees in the UK, including 6,000 in the main wing factory in Brotton, Wales, and 3,000 in Filton, West England, where wing design works.

Earlier, critics of Airbus’s warnings voiced doubt that the company would move a significant portion of its operations from the UK, claiming that the Bronte plant was extremely effective and that the British pound was weak.

Tom Enders, who was born in Germany, stressed that Airbus did not bluff and harden the tone.

“Please do not listen to the foolishness of Brexit supporters who say that because we have big factories here, we will not go out and we will always be here. They’re wrong”, said Tom Enders. “Of course, it is not possible to take and move our British factories to other parts of the world immediately. However, the aerospace industry is a long-term business and we may be forced to redirect our future investments if Brexit has no deal. Do not be fooled, there are plenty of countries that would be happy to produce the wings for Airbus aircrafts”, added he.