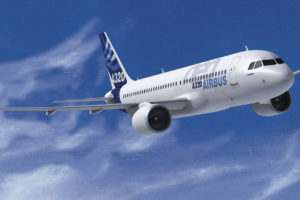 The net profit of the aircraft manufacturer Airbus in 2018 increased by 29% and amounted to 3.054 billion EUR.

“Despite the fact that 2018 was not an easy year, we achieved our targets and record-breaking profitability thanks to confident operating performance, especially in the fourth quarter”, said Tom Enders, president of Airbus. “The total order book of about 7,600 aircraft will allow us to continue to increase production. Despite this, due to the low demand for A380 aircraft, we are forced to curtail this program, which is largely reflected in the figures for 2018. As part of the A400M program, we have agreed on new benchmarks with government customers, and we are waiting for a positive decision at the country level in the coming months. We were also able to significantly reduce the risks of the A400M program in the reporting year. The high results of 2018 reflect record dividend payments. Our helicopter, defense, and space units also show good performance. Summarizing: Airbus stands firmly on its feet and follows a given vector of development, while the new team, under the leadership of my successor, Guillaume Faury, is preparing to take over the management of the company”, added he.

Earnings per share in the reporting period amounted to 3.94 EUR against 3.05 EUR a year earlier. The consolidated revenue rose to 63.7 billion EUR, which mainly reflects a record number of commercial aircraft shipments. Airbus delivered 800 commercial aircraft to customers (718 units in 2017), including 20 units A220, 626 units of A320 family, 49 units A330, 93 units A350 and 12 units A380. The Airbus Helicopters division delivered 356 helicopters, showing stable annual revenues on a comparable basis, despite a decline in shipments. The revenue growth of Airbus Defense and Space is due to the results of Space Systems and Military Aircraft divisions.