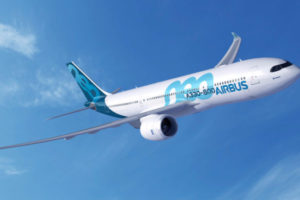 The European aircraft manufacturer Airbus opens production of the A330 aircraft in China, hoping to step up its presence in the industry’s fastest growing market. The center of the company is located in the northern port city of Tianjin and the first finished machines will be for the local airlines Tianjin Airlines.

The production base is a joint venture with Aviation Industry Corporation of China and Tiajin Free Trade Zone Investment Company. At the center just opened, Airbus will perform tasks such as aircraft painting, cabin installations as well as flight tests on aircraft received from Airbus’ final assembly line in Toulouse, France. The 200-million-euro facility will receive A330s assembled and will prepare the cabins and apply exterior painting. Two aircraft will be delivered every month.

The partnership between the two companies was negotiated during Chinese President visit in France in 2014.

In Tianjin, a port city 150 kilometers from Beijing, Airbus already has an assembly line for the single-aisle aircraft A319 and A320, the first of its kind outside Europe. Now the same site hosts a completion center for long-haul A330.

Airbus first started production of A320 in China in 2008.