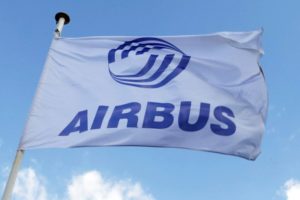 The European aircraft manufacturer Airbus will partner with the University of Nottingham in developing a promising electric racing aircraft. Airbus is looking for partners for the world’s first electric race, Air Race E, which will take place in 2020.

“The development of racing air technology allows getting new technologies, some of which are then used in everyday life. For example, the anti-slip system or semi-automatic transmission began to be used on ordinary cars after these technologies were worked out on Formula 1 racing cars”, commented from Airbus.

Electric airplanes are the new direction in the development of air transport, for which many technologies are being developed and tested from scratch. Thanks to the development of electric racing aircraft, designers will be able to create new technologies, as well as to more fully explore all the features of the operation of electric motors, control systems and batteries in the limiting modes.

Air Race E electric aircraft are designed in the same way as Air Race 1, which has been running since 2014. In the latter, eight airplanes with petrol engines take part, which flies on a closed air route with sides of 750 and 2000 meters. Aircraft fly at a speed of more than 400 km/h at an altitude of about 10 m.

Nottingham University has been developing the first version of the electric race aircraft for the Air Race E races since last fall. As part of the project to create an electric racing aircraft, the designers will install a rechargeable battery, an electric propeller motor and a control system on an ordinary racing aircraft.

The developers believe that the project to create a racing electric aircraft in the future will spur the industry of electric aviation. In addition, it will create new technologies for powering high-powered electric motors and energy distribution on board the aircraft.

In January 2019, Rolls-Royce, a British company, was involved in developing its own fast electric aircraft, in conjunction with YASA, Electroflight and the Aerospace Research Institute. It is assumed that the new aircraft will be able to fly at a speed of more than 480 km/h.