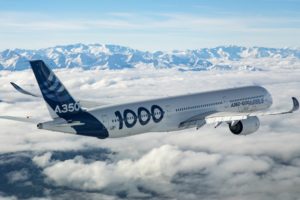 The total number of commercial airplanes delivered to customers since the company was founded was 10,600 aircraft. The company’s total order book for commercial aircraft, as of August 31, is 6,690 aircraft, which corresponds to 9 years of production.

Airbus is a European multinational corporation that designs, manufactures, and sells civil and military aeronautical products worldwide. In addition to its primary civil aeroplane business, the company has two divisions for other products and services: Defence and Space and Helicopters, the latter being the largest in its industry in terms of revenues and turbine helicopter deliveries.