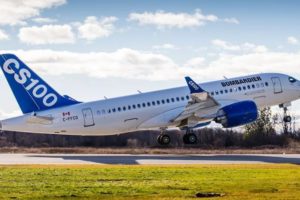 The European aircraft manufacturer Airbus has received all necessary regulatory approvals to acquire a controlling stake in the Canadian Bombardier business for the production of the CSeries aircraft.

“Airbus will acquire a controlling stake in the C Series partnership from July 1, 2018. All official approvals of regulators have been received”, said the official statement of the aircraft builder.

Under the terms of the deal, Airbus will receive a 50.1% stake in the C Series Aircraft Limited Partnership (CSALP) in exchange for assistance in bundling, selling and marketing the aircraft, as well as assisting in negotiating with potential customers.

The share of Bombardier in the company will be about 31%, another 19% will go to the investment company Investissement Quebec (IQ), which belongs to the administration of the province of Quebec.

The airplanes will be produced on two production lines. According to forecasts, in the next 20 years there will be a demand on the market for 6,000 aircraft with a capacity from 100 to 150 passengers. It is expected that CSeries will get most of this segment.

The Bombardier CSeries is a family of narrow-body, twin-engine, medium-range jet airliners designed by Canadian manufacturer Bombardier Aerospace. The 108 to 133-seat CS100 made its maiden flight on 16 September 2013, was awarded an initial type certification by Transport Canada on December 18, 2015 and entered service on July 15, 2016 with Swiss Global Air Lines. The 130 to 160-seat CS300 first flew on February 27, 2015, received an initial type certification on July 11, 2016, and entered service with customer airBaltic on December 15, 2016.