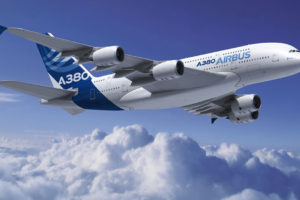 Airbus plans to further reduce the pace of assembly of the A380 aircraft against the background of a reduction in new orders, according to the statement of representatives of the aircraft construction concern. The company will reduce the production to 12 units per year, as not receive new orders for the A380 in 2016 after Iran refused the deal for 12 aircraft. At the same time, the corporation delivered 28 aircraft to its customers last year.

“Airbus can reduce the production of A380 aircraft to less than 12 units per year”, said company representative Didier Evrard, at the annual IATA conference in Cancun, Mexico. “The decision will be made before the end of this year in the absence of new orders for this liner. Perhaps we will have to lower the production of these planes, and we will do it”, added he.

“The company is negotiating with potential customers of the A380 and can move production of already ordered aircraft to an earlier period. This will happen if it turns out that the minimum break-even production rate will be 12 aircraft per year”, added the Airbus sales director, John Leahy, during the briefing.

Airbus A380 is a double-deck, wide-body, four-engine jet airliner manufactured by European manufacturer Airbus. It is the world’s largest passenger airliner, and the airports at which it operates have upgraded facilities to accommodate it.