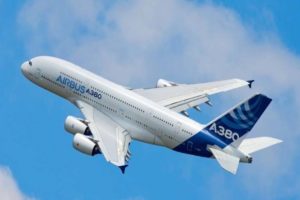 Airbus warned yesterday that it considers withdrawing its investments from the UK because it worries that the country’s government may leave the EU without concluding a transitional period after Brexit. The European aircraft manufacturer explained that it has assessed the risks associated with Brexit.

If the country leaves “both the single market and the customs union immediately and without a transitional arrangement”, it will cause major disruptions in its production in the UK and billions of dollars lost.

“This scenario will force Airbus to revise its investments in the UK and its long-term position in the country”, said the company is official statement.

Airbus has 25 plants in the United Kingdom, where it manufactures aircraft wings. The company employs 14,000 people on the island and creates 100,000 jobs in the chain.

Airbus is a European corporation, which designs, manufactures and sells civil and military aeronautical products worldwide and manufactures in multiple countries both inside and outside of the European Union.