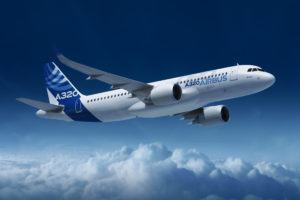 The European aircraft manufacturer Airbus warned that any further escalation of trade conflicts would harm the industry all over the world. The statement was made by the CEO of the company Guillaume Faury.

The US threatens to impose customs duties on a number of EU goods amid a transatlantic dispute in which both sides claim unfair state support for both Airbus and Boeing.

In a visit to London, Guillaume Faury said that the trade disputes would lead to losses for both sides.

He said that Airbus used the postponement of Brexit “to prepare for any scenario”, and reiterated that Brexit without an agreement would be the worst case.

Meanwhile, the CEO of Airbus officially threatened Germany with a lawsuit over the suspension of arms exports to Saudi Arabia. Earlier, there was speculation that the company is considering taking such action. This concerns the remaining deliveries of a border protection system consisting of radar, unmanned aerial vehicles and command stations with a total volume of around 3 billion EUR. Out of them, exports worth around 1 billion EUR are still outstanding.