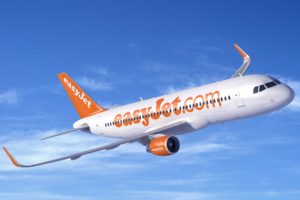 Airline EasyJet has started offering a new service Hands Free, allowing travelers to attach their hand baggage to their luggage, which eliminates the need to carry bags through security and boarding. The offer is valid at all airports where the carrier is operating, with the exception of London’s Gatwick. The cost of the service is 4 GBP per person or 10 GBP per group. Easyjet emphasize that it can be issued at the airport (and not in the process of booking). In this case, travelers are issued special plastic bags, in which they can remove the most necessary things and take them with them.

According to the representatives of Easyjet, passengers who decided to use this option will be among the first to board the plane – of course, after travelers who paid Speedy Boarding, a service that guarantees a quick landing on the plane.

However, some already point to some problems of the initiative. For example, a laptop can not fit exactly into a plastic bag, so it still has to be carried in the luggage. And passengers will not be able to get hand luggage until the arrival, although the carrier promises that these things will be sent to the luggage tape in the first place.

It is clear that the service is introduced by the airline in order to obtain additional revenue. In addition, the step is designed to solve the problem of lack of free space in the cabin, it often occurs on busy flights.

Easyjet said that the service was previously tested in France and had a “huge success”, as in just four weeks they were used by more than 9,000 passengers.

EasyJet is a British airline, operating under the low-cost carrier model, based at London Luton Airport. It operates domestic and international scheduled services on over 820 routes in more than 30 countries