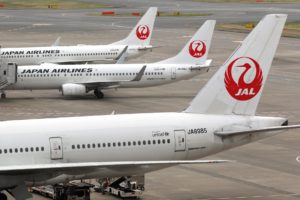 The Japanese airline JAL has delayed flights at least 12 times since last August due to drunk pilots. The cases of increased alcohol content in the pilots’ blood were detected after the airline obliged them to undergo tests for alcohol with the help of new sensors with a tube, being recorded online.

Exceeding the alcohol content has been identified in 19 pilots, and 12 of them had to be replaced, which led to flight delays.

The standard of alcohol in the blood of pilots established in JAL is not more than 0.1 milligram per liter of exhaled air and it is forbidden for them to drink alcohol more than 12 hours before the flight.

At the end of October in London, the co-pilot was detained by police from a flight to Tokyo when he smelled of alcohol. Another case occurred in June 2016 in the city of Kanazawa, when a pilot who was detained drunk, began to row up with the police and was arrested on charges of obstructing law enforcement agencies in the performance of official duties.