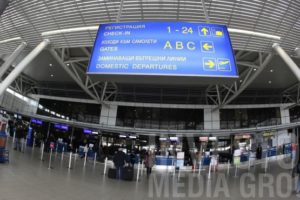 International Airlines Group (IAG), Ryanair, easyJet and Wizz Air filed complaints with the European Commission against France over the strikes of the French Air Traffic Control (ATC). The complaints state that strikes limit the fundamental principle of freedom of movement within the European Union.

The companies do not dispute the right to strike, but they believe that France violates the EU laws by not allowing flights over the country during a strike.

Since the beginning of the year strikes by French air traffic control have increased by 300% compared to 2017. Last month, the local government confirmed that France was responsible for 33% of European flight delays. They add that, according to the Senate, the right to strike must be balanced against the obligation to provide public services.

“The passengers on air routes flying over France, especially those traveling through the large airspace over Marseille and the Mediterranean, are also affected by major delays and disturbances. This affects all airlines and has a particularly negative impact on Spanish tourism and economy”, said the CEO of IAG, William Walsh.

The complaints state that there is a legal precedent relating to this case. In 1997, the Spanish filed a complaint with the European Commission after having been unable for many years to export their fruit and vegetables to the EU for French farmers.

“Europe’s air traffic controllers are collapsing as hundreds of flights are canceled and delayed daily as a result of air strikes, or because air navigation services in Europe have not enough staff. When there are air traffic strikes in Greece and Italy, flights over the countries continue normally. Why France does not act the same way”, said the CEO of Ryanair, Michael O’Leary

The message urges governments in Europe and the European Commission to take urgent and decisive action.

The complaint cited Eurocontrol data, which says that from the beginning of this year to June, more than 16,000 flights have been delayed as a result of the strike action by air traffic control workers, which has affected more than 2 million passengers.