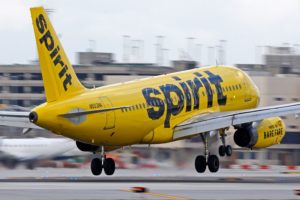 Airlines increasingly rely on external revenues outside their main activities. In the extra revenues are included luggage charges, proceeds from the sale of various goods on board, commissions for brokerage services for renting hotels and cars, as well as the sale of insurance.

Eurowings, which is Lufthansa’s low-cost subsidiary, for the past year has so-called Auxiliary Revenues of 229 million USD, accounting for 10% of total sales. However, this figure remains at only 30th in the ranking, which assesses the financial statements of hundreds of airlines and has surveyed 66 airlines in detail.

First is the American Spirit Airlines, which receives 46% of its revenue from additional sources. This amounts to nearly 50 USD for every traveler compared to only 12 USD per passengers reported by Eurowings.

For airlines, additional profits are vital in the face of fierce competition in the sector.

IdeaworksCompany and Cartrawler, which prepares the survey for Auxiliary Revenues of airlines, estimate that 66 airlines surveyed last year received 44.6 billion USD or 10% of revenue from similar sources, compared to 8.7% in 2015.

The sales managers are being more and more creative. AirAsia, for example, rents sports equipment for travelers who do not want to carry bulky appliances with them.

The practices of low-cost airlines and other airlines are getting closer. The remaining air carriers massively copy low-cost carriers, requiring fees for each possible additional service.