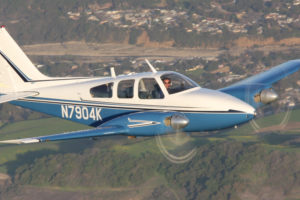 A small airplane Beechcraft 95-B55 (T42A) Baron, carrying three people on board, crashed near the Big Cypress Airfield in Hendry County, Florida. The aircraft impacted terrain while on an emergency approach to the airfield after a technical problem during a flight from Fort Lauderdale Executive Airport to St Petersburg-Clearwater International Airport. Following the accident, two of the three on board received minor injuries. they were transported to the local hospital and released after medical examination.

The aircraft sustained significant damages during the hard landing on rural terrain. The circumstances around the crash are unclear, as well as the total extent of the damages. The local authorities and federal aviation administration (FAA) are on the scene to assess the situation

The FAA is investigating the crash.