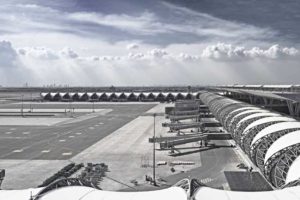 The airports in Thailand have strengthened security measures when passing into the service and transit areas by badges after a person who has passed through the closed area of ​​Suwannaphum International Airport to meet a friend boasted of his “feat” in the social network Facebook, attaching several photos from the scene.

Pass without a photograph of the owner, who took advantage of the past in a closed zone, was discharged by one of the heads of the Airport Airports Authority of Thailand to the name of another person.

On Thursday, the security department of the Office brought to the attention of all employees of the country’s airports that from this day passes without photos of their owners, even one-time ones, will not operate.

Passes for passage to closed airport zones are issued to airport staff, airlines, immigration police, diplomats and government officials, whose presence in such zones is necessary for one reason or another. To pass through the passes at the airport in Suvarnabhum, there are special checkpoints.