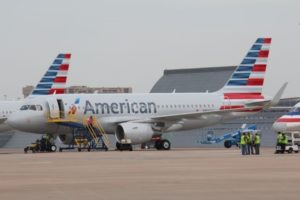 Police officers at Manchester Airport arrested a 62-year-old pilot of American Airlines on suspicion of performing an aviation function while over the allowed alcohol limit.

In connection with the incident, flight AA735 to Philadelphia was canceled, and all passengers were rebooked for other flights. The representatives of the airline apologized to their customers and said they were negotiating with law enforcement agencies.

The Manchester police confirmed the arrest of a pilot who worked with an alcohol content exceeding the permissible rate.

It is illegal for pilots in the UK to have more than 20mg of alcohol per 100ml of blood in their system.

Police say the man, whose name was not released, has been released on bail pending further inquiries.

In November 2018, the 42-year-old drunk pilot of Japan Airlines was detained at the terminal at London Heathrow Airport. The man passed the test for alcohol intoxication, which revealed a tenfold excess of the norms established in the UK. Later, the employee admitted that he drank half a liter of wine and 1.8 liters of beer night before departure.