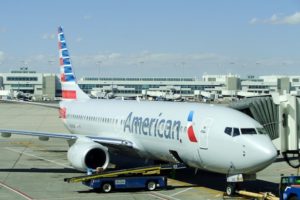 American Airlines Boeing 737-800 declared an emergency after smoke in the cabin during climbing from Miami en route to Newark. The airplane was performing flight AA-1060 with 149 passengers and 5 crew, but shortly after takeoff abandoned climbing after smoke in the cockpit. The crew decided to return to Miami for a safe landing on runway 27 about 20 minutes after departure.

There were no injured passengers, all crew, both pilots and the three flight attendants, requested medical assistance at the airport. One of the flight attendants was taken to a hospital for further examination.

All the passengers were disembarked at the terminal and transferred to replacement Boeing 737-800, which reached Newark with a delay of 4.5 hours.

The troubled aircraft was detained for inspection and repairs. The investigation is underway.