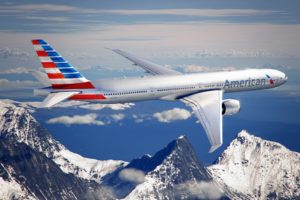 American Airlines lowered its projections for fourth-quarter revenue and full-year 2018 profit, due to higher discounts on tickets.

The airline warned that revenue for each seat flown one mile, a measure of pricing power, rose by about 1.5% over the previous fourth quarter, which is about 1 percentage point less than the company had been forecasting.

Following the announcement, the stocks of American Airlines fell by 11%, before slightly recovering to a loss of only 4.1%.

Added to recent comments by Delta, the report of American Airlines raised concern among investors that airlines are losing their incentive to boost revenue because they are saving money from lower fuel prices over the past three months.

DescriptionAmerican Airlines, Inc. is a major United States airline headquartered in Fort Worth, Texas, within the Dallas-Fort Worth metroplex. It is the world’s largest airline when measured by fleet size, revenue, scheduled passengers carried, scheduled passenger-kilometers flown, and number of destinations served.