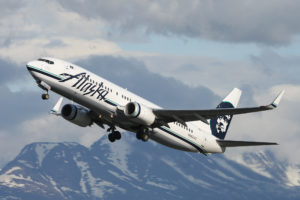 American airlines offer special services for their passengers, who want to watch from the aircraft the total solar eclipse, which will occur in the US on Monday, August 21. A total eclipse, which has already been called “the Great American Eclipse”, will be observed in the territory of 14 states. The last time this happened 99 years ago.

Alaska Airlines organized a special flight for “eclipse hunters”, which can only be accessed through special invitations. “The plane will depart from Portland (Oregon) at 7.30 am local time and fly along the coast, which will allow our guests to be among the first people to observe a total eclipse”, said the company.

One of the lucky ones who get on board Alaska Airlines will be the observer of the profile portal Space.com, meteorologist Joe Rao. “We will fly about 1,600 kilometers along the coast of Oregon, the total duration of a total eclipse for us will be 103 seconds, which is less than anywhere on earth, but thanks to the height we are in fact guaranteed a good overview”, he wrote.

The schedule of Southwest Airlines shows several regular flights, passengers of which, to a greater or lesser extent, will be able to see a total eclipse. They will fly east from Denver, Colorado, Seattle, Washington and Portland to Oregon airports. A representative of the company said that for safety reasons, the liners will fly along the so-called “shadow line”, and will not cross the eclipse areas.