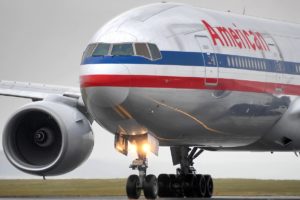 American Airlines remains without pilots for 15,000 flights during Christmas period. The airline accidentally sent on vacation too many pilots during the one of most busiest periods of the year – from December 17 to December 31. Thousands of flights are under threat of cancellation, revealed a representative of the trade union of the pilots of the USA (Allied Pilots Association).

The incident occurred due to a failure in the program, which compiles lists of pilots going on vacation during the Christmas holidays.

The carrier tried to resolve the situation by promising pilots, who will work during the holidays, higher bonuses. However, the pilots union filed a complaint, saying that the overtime payment is not covered by the contract and that the airline can not guarantee the promised amounts.

According to trade union estimates, during the holiday period, more than 15,000 flights will be incomplete if the airline does not do anything. The flights that might be affected by the problem should depart from Boston, Washington, New York, Miami, Chicago, Philadelphia and a number of other cities.