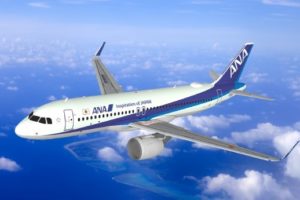 Aircraft of the Japanese airline All Nippon Airways, which flew from Los Angeles to Tokyo, diverted after four hours of flight, returning to to the point of departure after it became clear that there was an unregistered passenger on board.

“During the flight, the crew found out that one of the passengers had boarded the wrong flight and notified the pilot. As part of the airline’s security policy, the first pilot decided to return to the airport of departure, where the passenger left the plane”, reported All Nippon Airways.

The company apologized to all passengers for the inconvenience caused. The circumstances of the incident and the reasons for the error committed are being clarified. The total flight time from Los Angeles to Tokyo is 11 hours, while the aircraft spent about 8 hours in the air without reaching the destination. The flight was postponed for next day and all the passengers were rebooked.

On board was the American singer John Legend with his wife – model Chrissie Teigen. She said that unnamed passenger could board an airplane with a ticket for United Airlines. It is also reported that the people sitting next to him were interrogated by law enforcers.