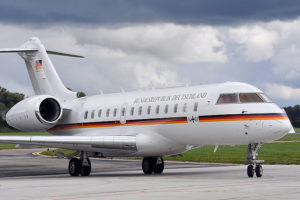 Another German government airplane suffered technical failure, interrupting a minister’s trip to Africa. Due to the breakdown of the right engine of the aircraft, German Economic Cooperation Minister Gerd Muller was unable to fly from Malawi to Zambia.

According to the information, the repair of the aircraft will take two days.

A spokesman for the minister confirmed on Twitter the technical failure of the aircraft. However, Muller arrived in Lusaka, the capital of Zambia, to meet with President Edgar Lungu.

At the end of November 2018, the aircraft of German Chancellor Angela Merkel, who was heading to Argentina, was forced to return to Cologne due to a technical malfunction. As a result, Angela Merkel flew to the G20 summit in Buenos Aires on a regular flight.

Later, the German Defense Ministry revealed plans to purchase a long-haul Airbus A330 or A350 aircraft. For these purposes, the budget can allocate more than 200 million EUR.