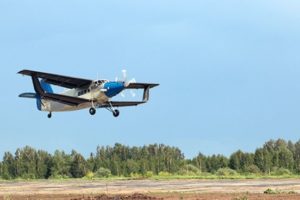 Antonov An-2 aircraft of the 2nd Arkhangelsk United Aviation Division, which made the flight from Arkhangelsk to Mezen, made a hard landing on wooded marshland in the Arkhangelsk Region on 50 km from the regional center. On board of the aircraft there were 11 passengers, including a child.

There is a doctor among the passengers, who assisted the people injured in the accident. The cause of a hard landing called the icing of the fuselage.

“The An-2 plane performed a flight on the route Vaskovo-Mezen. During the flight, the commander reported icing and requested a return to the departure aerodrome. Then the connection with the crew suddenly broke off”, says the official statement. “There are 11 passengers on board, including the child, with them. According to preliminary information, people were injured, but no one died. There is a physician among the passengers, he is assisting the victims,” said a source.

The Antonov An-2 is a Soviet mass-produced single-engine biplane utility/agricultural aircraft designed and manufactured by the Antonov Design Bureau beginning in 1946. Its remarkable durability, high lifting power, and ability to take off and land from poor runways have given it a long service life.