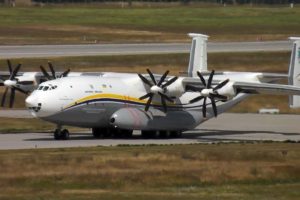 The Ukrainian state-owned aircraft manufacturer Antonov reported net profit decrease of 66.59% yoy in January-June of 2017, compared to the same period last year. The net profit of the manufacturer amounted to 22.79 million UAH (0.9 million USD). According to the financial report on the site of the enterprise, its net income in the first half of the year increased by 37.7% to 2.222 billion UAH (87.30 million USD).

State Enterprise Antonov is a leading Ukrainian developer and manufacturer of aircraft equipment, a recognized world leader in the niche of transport aircraft of the broadest range. The enterprise cooperates with more than 75 countries of the world.

By the decision of the government, since April 2015 the enterprise is a part of state concern Ukroboronprom.