Six astronauts decided to change the space suit for a caving team and outer space for the precipices, and they entered the bowels of a Slovenian cave, a universe as demanding as the cosmos.

One may well have made dozens of exits in a state of weightlessness, that entering the depths of the earth continues to cause apprehension: “in a cave, you are afraid of falling every day,” admitted Nasa veteran Joe Aca, 52 , after passing through the caves of Divaska Jama, in western Slovenia.

Slovenia’s caves are one of the main tourist attractions of this small country of the former Yugoslavia.

For astronauts, they are also an exceptional training ground, “a terribly difficult, different and risky environment, ” said Loredana Bessone, in charge of a European Space Agency (ESA) training program for these underground missions. 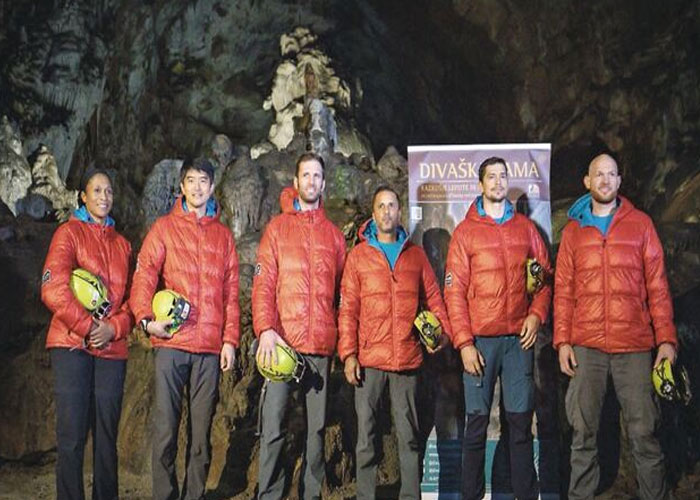 Six astronauts saw the light after having spent six days inside the dark and partially flooded caves of the Slovenian karst, with temperatures between 6 and 10 degrees and a humidity rate of 100%.

An ideal environment, according to ESA, to test the men and women called to explore space. This was published by El Espectador

“Living in a cave is very similar, mentally, to living in space. In fact, I think it was much harder than living in space,” Japanese astronaut Takuya Onishi, 43, told AFP.

It was the sixth time, since 2011, that ESA took astronauts underground, but the first one in Slovenia, in a place inscribed on Unesco’s world heritage.

The last missions had been carried out in Sardinia. On this occasion, two Americans participated, a Canadian, a Russian, a German and a Japanese.

The “cavenauts” were formed for two weeks in the field of caving before entering the cave, with several objectives: mapping the network of cavities and underground lakes, collecting scientific data … and training in a particularly disconcerting environment.

“The goal is for them to work as a team and carry out a project in a very complex environment,” said Francesco Sauro, scientific head of the ESA “CAVES” project.

Newer PostNASA is Close to Finding Life on Mars, but the World is not Ready for the Discovery, Says the Agency’s Chief Scientist
Older PostPrisoner Receives Cell Phone and Drugs Through a Drone [VIDEO]