In a very distant galaxy (2,500 million light years from us) there are a couple of colossal entities of chaos about to collide with each other. It is two supermassive black holes that are very close in astronomical terms. Specifically, they are only one parsec away (3.2 light years). The curious thing about this is that there is little certainty about what will result from the closeness of these two monsters.

This fact was discovered by researchers at the University of Princeton in Washington and the US Naval Research Laboratory. In their report published in The Astrophysical Journal Letters  talk about the mysteries that the study of these black holes can reveal.

It is estimated that each black hole is 800 million times the mass of our sun. They enter the category of super-massive, those are usually found in the center of a galaxy and are capable of devouring planets with tremendous ease. From this type of encounters the emission of very powerful gravitational waves is expected. So much so, that they are able to make small things appear from common black holes or neutron stars.

We know that these holes are 2,500 million light years from Earth. Remember that looking at distant objects in astronomy is like looking back in time. Therefore, this pair belongs to a universe 2,500 million years younger than ours. Coincidentally, it is considered that this time is the same as it takes to produce powerful gravitational waves.

In other words, black holes are currently emitting these gravitational waves. However, even at the speed of light the waves will not reach us for other billions of years. 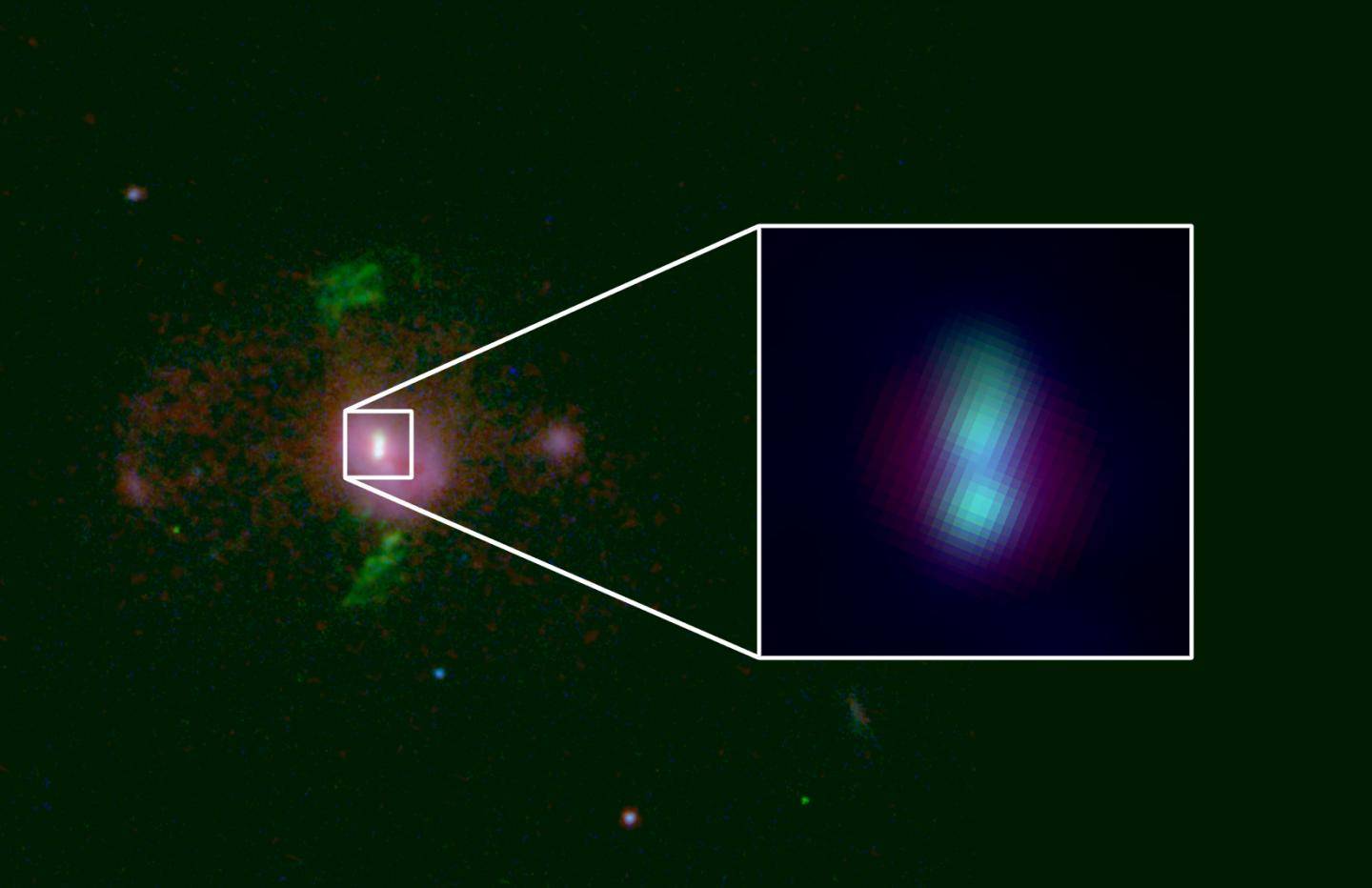 The discovery can help find out how many of these super-massive elements are emitting gravitational waves. In addition, it would help to solve some of the most important unknowns of astronomy. On the one hand, how often do galaxies merge. On the other, if the “black super-holes” merge or if they orbit indefinitely.

When the galaxies come together, the black holes they contain approach and orbit each other. However, something strange happens when they get too close. Some theoretical studies suggest that black holes stagnate at about 1 parsec (3.2 light years). This deceleration lasts almost indefinitely and is known as “The final parsec problem”. In this scenario, only very rare groups of three or more super-massive black holes result in mergers.

Astronomers can not simply look for paralyzed pairs because long before the black holes are separated by a parsec, they are too close to distinguish them as two separate objects. In addition, they do not produce strong gravitational waves until they reach the final parsec.

If so, the “The final parsec problem” may not exist. In this case, astronomers expect the universe to be filled with the clamor of gravitational waves from the pairs of super-massive black holes .

The gravitational waves generated by pairs of super-massive black holes are outside the frequencies currently observable by various experiments. After all, seeing a black hole is difficult. However, it is turning to the study of stars and other nearby bodies.