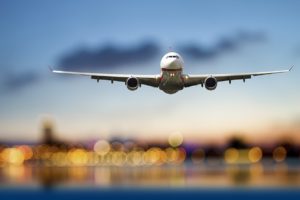 Athens and Skopje resume flight connection and again will have direct line connecting both airports. This became possible after Macedonia officially renamed the airport to its capital. A month ago, the prime ministers of the two countries spoke at the The World Economic Forum in Davos. Then the Macedonian Prime Minister Zoran Zaev promised that Alexander the Great Airport in Skopje would be renamed.

The decision is now officially published in the Macedonian State Gazette and the airport will be called “Skopje International Airport”. The airport in the Macedonian capital was named “Alexander the Great” in 2006. The air line connecting Skopje and Athens was immediately interrupted after this.

In addition, Macedonia intends to renaming the motorway, named “Alexander the Great”, to the Highway of Friendship.

These concessions on the Macedonian side are part of the ever-warming relations between the two countries. For more than 25 years, Athens has not recognized the constitutional name of its northern neighbor, and this is blocking the country’s road to the EU and NATO. Now the new Prime Minister Zoran Zaev intends to change this situation.

According to publications in Greek media, Athens and Skopje are converging their positions around the name “Upper Macedonia”, with the Macedonian alphabet saying “Makedonija”, that is, in a different way, the Greek name of the same name – Macedonia. Using the word “Macedonia” in the name of the former Yugoslav Republic is annoying the Greeks who fear that this is an expression of the territorial claims of their neighbors. Greece does not recognize the existence of a Macedonian nation as well as language.

Later today, the foreign ministers of the two countries will talk in Bulgarian capital Sofia on the case with the name of Macedonia.