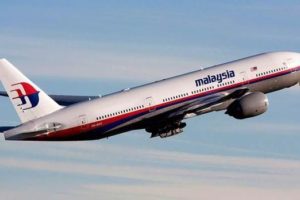 Australian experts have identified a new area to search for the missing in 2014 Malaysian Boeing. Boeing 777-200 of Malaysia Airlines, which was operating flight MH370 from Kuala Lumpur to Beijing with 227 passengers and 12 crew members, disappeared from the radar screens on the night of March 8, 2014. It is assumed that the aircraft crashed in the southern Indian Ocean. The search operation could not establish the place of the disaster. In January 2017, representatives of Australia, Malaysia and China agreed to suspend the search.

In a report published on Wednesday by the Australia’s Transport Security Bureau, is said that experts from two government agencies have examined four satellite images of the ocean provided by the French authorities. The photos were taken on March 23, 2014, which is only two weeks after the disappearance of the liner. The images show 70 objects, 12 of which experts were classified as “probably man-made”.

Reportedly, although specialists could not determine whether these were fragments of the aircraft and whether they belonged to the missing MH370, their size and location near the predicted liner route “can not be ignored”.

“Obviously, we need to be careful. These objects were not finally identified as fragments of the MH370”, said the expert of Australia’s Transport Security Bureau, Greg Hood. “The information contained in the reports of the agencies Geoscience Australia and CSIRO, can be useful for any prospecting in the future”, added he.

According to Australian Transport Minister, despite the new findings of Australian experts, searches stopped in January will not be renewed.

Newer PostHalf of the flights of Chinese airlines were carried out according to the schedule in July 2017
Older PostChinese company starts building of international airport in Pohara, Nepal