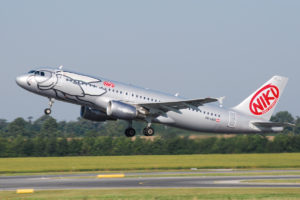 Austrian airline Niki is preparing for hard landing after the bankrupted parent company, Air Berlin, started late last night to sell its assets. The German leading carrier Lufthansa is the first to talk about the purchase of Air Berlin. According to media reports, the German carrier is interested in the core parts of Air Berlin and Niki. However, the Niki unions believe the brand’s future is unclear and it is not known whether the Austrian carrier will be sold separately from Air Berlin’s assets or as part of the package.

Niki was founded by former Formula 1 pilot Niki Lauda. It is not part of the insolvency proceedings, but it depends on Air Berlin’s money to cover its costs.

Trade union representative commented to journalists that the company has so far received all payments in time. The next test for it will be at the end of August, when wages must be paid.

The Austrian Ministry of Transport said it was ready to support Niki if the company faces financial difficulties, following Germany’s example, which provided 150 million EUR bridge loan to Air Berlin.

Pressure on Air Berlin to wind up the sale of assets quickly is particularly strong because of the government bridge loan, as the money will go up in three months.

According to well-known sources, Lufthansa can handle 90 of around 140 Air Berlin aircraft, including those of Niki, which are considered one of the carrier’s most valuable assets.

According to media reports, the company’s new bidders are easyJet and Thomas Cook’s Condor airline.