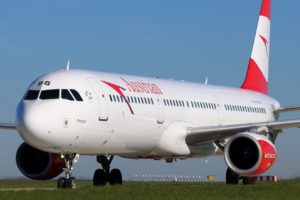 Austrian Airlines Airbus A321-100 was climbing out of Vienna International Airport, when the crew noticed a strong odour in the cockpit. The airplane was en route from Vienna (Austria) to Frankfurt/Main (Germany) with 161 passengers and 6 crew, but following the incident the pilot and crew decided to return to return Vienna and landed safely on runway 34 about 15 minutes after departure.

Austrian Airlines Airbus A321-100 stopped on the runway for inspection by emergency services. The cabin crew reported there was no visible smoke anymore and the aircraft taxied to a remote apron, where passengers disembarked via stairs. There were no reported injuries during the incident and no complaints by passengers about any health issue.

The aircraft Austrian Airlines Airbus A321-100 was detained for inspection and repairs after the incident. All the passengers were rebooked for another flight and successfully reached Frankfurt/Main (Germany).

The cause of the smell and light smoke was an engine detergent. The aircraft left hand engine (CFM56) was immediately replaced and compressor wash was subsequently conducted with the detergent to remove possible soiling from the compressor area.

The Airbus A321 is a member of the Airbus A320 family of short- to medium-range, narrow-body, commercial passenger twin-engine jet airliners manufactured by Airbus. It was the first derivative of the baseline Airbus A320 aircraft.