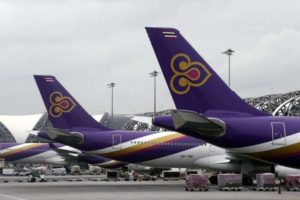 Aviation safety in Thailand were valued as compliant with International Civil Aviation Organization (ICAO), after almost two years being outside the list. A small red flag was indicating the inconsistency of the industry management system with international standards appeared on the ICAO website across Thailand since June 18, 2015. This was preceded by a check by the ICAO, as a result of which the commission found more than 30 violations of aviation safety standards.

The “red flag” from the ICAO, in particular, prevented the coordination of new international routes for Thai companies.

“Removing of the red flag is a turning point for the aviation industry in Thailand”, said the Civil Aviation Administration of the country in official statement.

Amid reports of the lifting of the restrictions, the shares of the largest Thai airlines on Monday rose by 5-6% on the stock exchanges. The biggest beneficiaries would be smaller carriers, such as Thai AirAsia X, NokScoot and Thai Lion. The ICAO downgrade had seriously impeded these new entrants’ growth to lucrative markets such as Japan and South Korea.

Most of the claims by the ICAO to aviation safety in Thailand concerned the state regulations. In particular, the ICAO saw a conflict of interest in the fact that the Civil Aviation Administration of Thailand simultaneously serves as a regulator and operator of provincial airports. Warnings were also given in connection with the inadequate functioning of the licensing system for air transport.

After the ICAO issued a warning to Thailand, the profile aviation agencies of China, Japan and Korea refused to agree to the Thai carriers for new regular and charter flights. This led to a short-term crisis in the industry in 2015 on the eve of the traditional season for the Thai season of mass holidays.