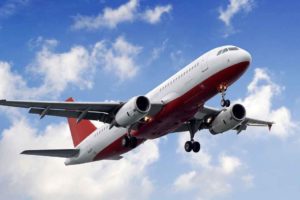 The airlines of Azerbaijan and Serbia plan to establish regular flight connection between the two countries, revealed the State Agency for Civil Aviation under the Ministry of Transport, Communications and High Technologies.

“Within the framework of the visit of the Serbian President Aleksandar Vucic to Baku, on Monday, an intergovernmental agreement was signed with Azerbaijan on air communication. This will allow the designated airlines of the parties to open regular flights between the two countries and will contribute to the further development of bilateral Azerbaijani-Serbian economic and cultural ties”, said the State Agency in a statement.

According to the Azerbaijani authorities, negotiations with Serbia on the draft “Agreement on air services” began after the signing in 2011 of a memorandum of understanding between the aviation authorities of the two countries.

Later, in accordance with the Protocol of the Intergovernmental Commission on Trade & Economic cooperation the two countries’ aviation administrations held negotiations on preparation of this agreement for signing.