The B-52 Stratofortress strategic bomber arrived at the Tinker Air Force Base for the Oklahoma City Air Logistics Complex to welcome a major overhaul after a ferry flight from San Antonio, Texas.

The complex performs scheduled maintenance of the C / KC-135, B-1B, B-52 and E-3 aircraft depots; and the maintenance, repair and overhaul of engines for the Air Force, Air Force Reserve, Air National Guard, Navy and foreign military sales.

The aircraft, with serial number 61-001, was equipped by a crew of the 10th Flight Test Squadron of the Air Force Reserve Command, coming from Boeing facilities after receiving replacements of “milk bottles” for prolong the life of the aircraft by replacing the anchor points of the wings. 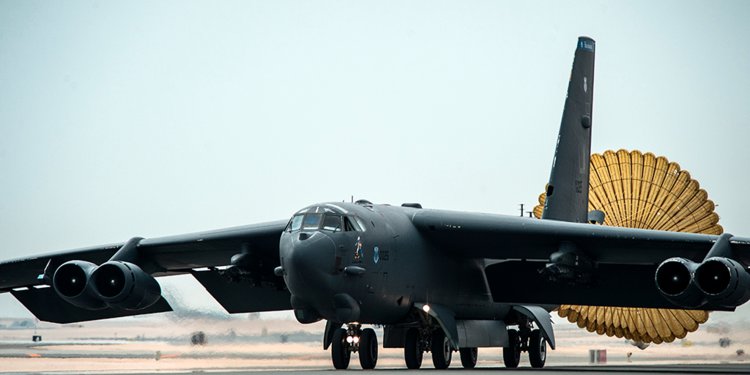 The project, called the “milk bottle,” covers the inspection and retrofitting of the sections of the central wing to relieve metal fatigue.

One program used connection pins, similar in size and shape to those of a milk bottle, which ultimately resulted in the name “milk bottle.”

The United States Air Force website says that for more than 60 years, the B-52s have been the backbone of the US strategic bombing force .

Model H can carry up to 20 cruise missiles launched from the air. In addition, it can transport conventional cruise missiles that were launched in several contingencies starting in the 1990s with Operation Desert Storm and culminating with the Inherent Operation of Resolution in 2016.