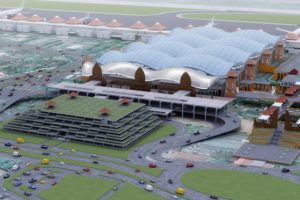 The international airport on the Indonesian island of Bali has resumed operations, including arrivals and departures, after a break caused by the emergence of clouds of volcanic ash.

“All flights arriving and departing to and from the airport are now being carried out”, said the operator of the international airport of Bali. According to the airport’s online schedule, now started the flight only of the small local airlines, but the major carriers are still waiting.

Earlier, a representative of the airport said that it would be possible to resume its work earlier than planned, due to the fact that the volcanic ash cloud blended to the south and southeast, leaving the space above the airport clean enough for flights.

Last Saturday the eruption of the Agung volcano sent ash rose to a height of 1.5 km, covering a thin layer of nearby settlements. Bali International Airport canceled hundreds of flights.

It was expected that the airport will resume work only by Thursday morning, but already performed several domestic flights.

Bali International Airport is located 13 km south of Denpasar. It is the second busiest airport in Indonesia