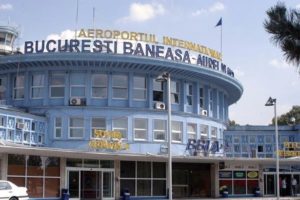 Romanian Aurel Vlaicu International Airport in Bucharest and Serbian Constantine the Great Airport in Nis are the fastest growing aiports in Europe for 2017, according to ACI Europe. They reported growth of 208.9% and 167.8% year-on-year, respectively. Third is that in Craiova, where the number of passengers has doubled in 12 months.

However, for December 2017, the fastest growing in Europe was Bulgarian Bourgas Airport with an impressive 6355.8%. It should be noted, however, that this figure is not due to such an incredible leap in the passenger flow. The explanation is that it was precisely in December 2016 that the airport repair was completed and that was the reason for this result.

The ACI Europe also points out that Europe-wide passenger growth in 2017 has been the fastest in last 12 years, with progress mainly driven by airports in Eastern and Southern Europe.