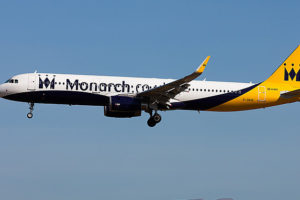 The bankruptcy of Monarch Airlines may affect 860,000 people following the termination of flights, according to analysts estimates. The calculations consider the 300,000 canceled bookings, many of which include several people, as well as 110,000 passengers abroad, which have returned flight. According to British Civil Aviation Authority, the Monarch Airlines bankruptcy of the fifth largest airline in the UK will affect the whole aviation network of the country.

The government has already begun to return home British citizens from abroad with the help of specially chartered aircraft. Currently authorities are working on 30 sites, where customers of Monarch Airlines are stuck. The Minister of Transport of the United Kingdom Chris Grayling called this operation the most ambitious in the history of the country.

The Civil Aviation Administration reported that management of the bankrupted Monarch Airlines transferred control to the audit company KPMG. All flights of the company are canceled. In some cases, passengers who were traveling for vacation in Spain, reported the cancellation of the flight at a time when they were already waiting for boarding for the flight.

The reasons for the Monarch Airlines bankruptcy are the cancellation of flights in the last year and the lack of tourists for the formerly extremely popular among the British tourists resorts of Tunisia, Egypt and Turkey. As a result, the company had to enter into a tough price struggle for the markets of Spain and Portugal. Another factor is the fall in the rate of the British pound after the referendum on Brexit in June 2016.

A serious threat looms over the air carrier, based at Luton airport in the north of the British capital. According to various estimates, the company employs between 2,100 and 2,700 people.