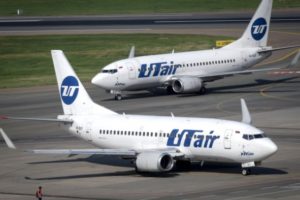 The Belarusian airport of Minsk recognized Utair as the most punctual carrier for 2017 in the nomination “100 or more flights monthly”. The airline was awarded with same title also in 2016. Utair commits 2 daily flights from Moscow to Minsk and back. The passengers from the regions of Russia are transplanted to Vnukovo with short dockings.

The company is also the leader of the punctuality rating in Russia for 2017, following highly efficiency in operating air fleet and routes.

“According to Rosaviation, in 2017 Utair became the leader of the punctuality rating in Russia. Such a title the company has achieved through effective work with the air fleet, personnel and route network”, said the President of Utair, Pavel Vladimirovich Permyakov. “We thank the employees of the airport of Minsk for the fast and high-quality servicing of our aircraft. In 2018, more flights will be performed on schedule. The passengers can count on us on travel, business trips and meetings with relatives. Punctuality is an important feature of Utair”, added he.