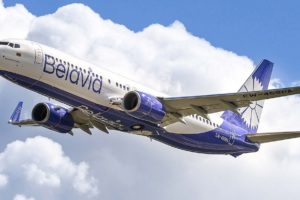 Belavia allocates more than 1 million USD for the year for simulators training pilots.

“The airline will spend more than a million dollars per year on simulators training pilots”, said the commander of aviation staff of the airline Oleg Saltovsky. He stressed that Belavia pays much attention to the safety of flight operations and the training of flight personnel. “We have the principle all are equal before the steering wheel. Everyone, including me and my deputies, is training with both his instructors and independent ones”, added he.

The aviation workforce of Belavia amounts to 218 people.

“We reduced the average age for the last two years by six years (previously the average age was 46) At the moment, we have 40 pilots who have worked for less than 1.5 years. In addition, we increased the required raid from 2,000 to 3,000 of hours, there is a question about 3,500 hours”, added Oleg Saltovsky.

According to the European Aviation Safety Agency (EASA), since 2006 the airline’s rating has been improved 10 times and amounted to 0.25. Anatoly Gusarov, General Director of Belavia, explained that the rating is at the level of the leading European airlines.

Meanwhile, Belavia Airlines has reduced the average ticket price by 10% over the past two years.

“Over the past two years (2016-2017), the average price for tickets in euro equivalent has decreased by 10%”, said Anatoly Gusarov. According to him, in the coming years the airline will continue to slightly reduce prices. “But we do not designate concrete borders”, added he. In addition, according to him, the revenue of Belavia in 2017 was more than 300 million USD, net profit of about 12 million USD.