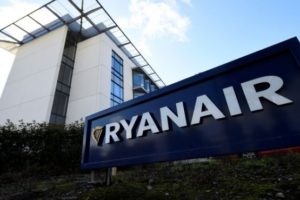 Belgium initiated legal proceeding against Ryanair in Commercial Court, released the Economy and Employment Ministry. They blame the airline for unprofessional behavior during the cancellation of flights.

“Ryanair did not have a professional conscience because it sent English messages to French or Flemish passengers when buying their tickets. In addition, the airline has provided too little information on passenger rights when canceling a flight”, said the Belgian Economy and Employment Minister, Kris Peeters. “On such a scale, canceling flights is unacceptable, lacking professionalism”, added he. The minister expresses hope that Ryanair will end its unlawful actions.

The Belgian consumer protection organization Test Asha notes that the airline offered only a refund on the canceled flight instead of telling passengers in plain language that they are entitled to compensation. This applies in particular to cases, where a flight was canceled less than two weeks before the date on which it was due to be executed.

It is reported that Ryanair has urged passengers affected by unplanned flights to communicate with the airline only in English.

Later in the day, the Italian Civil Aviation Authority said it was also preparing to impose sanctions on Ryanair for the company’s conduct in canceling flights.