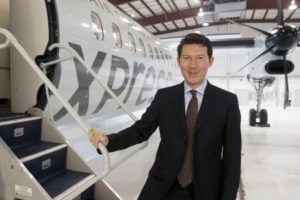 The airline group Air France-KLM is trying to attract Air Canada’s senior management member for its next CEO. The preferred candidate is the operating director of the Canadian carrier, Benjamin Smith. His name is certainly on the list of the French-Dutch carrier, but the final decision will be taken by the board of directors of the company. The group will also have a non-executive chairman.

Benjamin Smith is responsible for Air Canada’s customer service and commercial operations, and according to the company’s website, he is “the visionary behind the strategic and diversified expansion of the global Air Canada network”. He has experience in labor negotiations.

Air France-KLM is looking for a new CEO after the sudden departure of former head Jean-Marc Janaillac in May after staff rejected the offer for better pay. The idea of ​​the plan was to put an end to the bitter social conflict with the Air France syndicates, who want an increase in wages. It has led to massive strikes that cost much to the company.

Air France-KLM lost 335 million EUR due to the 15 days of strikes since the beginning of the year and its shares fell by 35%.

The French state is the largest shareholder in Air France-KLM with a share of about 14%. Delta Airlines and China Eastern Airlines own 8.8%.

French President Emmanuel Macron also agrees that the company will be led by a foreigner, which will be a precedent in its history.

Airline unions called on the president to engage more actively in the process of choosing a new boss and make changes to the carrier’s executive committee.

The appointment is seen as a test for Macron’s determination to reduce state intervention in the economy. Air France-KLM has expressed hope that the new management team will take office until September.