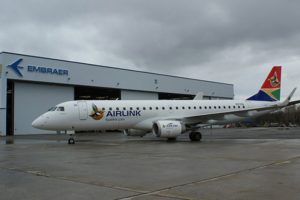 The board of directors of the Brazilian aircraft manufacturing concern Embraer tentatively approved a strategic partnership with the American company Boeing.

“On January 10, the Brazilian government approved the deal, which will allow both companies to accelerate growth in the global aerospace markets”, says the official statement of Embraer.

Closing a deal will depend on the approval of shareholders and regulators, as well as the closing conditions. It is assumed that if the approval will be received in a timely manner, the transaction should be completed by the end of 2019, explained in the company.

On December 17, Embraer and Boeing agreed on the terms of a joint venture (JV) deal. In accordance with this agreement, the cost of the new joint venture, which will deal with the construction of exclusively civil aircraft (the Embraer military division will not be affected), will reach 5.26 billion USD. It is assumed that 80% of the future company’s shares will belong to Boeing and 20% – to Embraer.

The company is the third largest producer of civil aircraft, after Boeing and Airbus