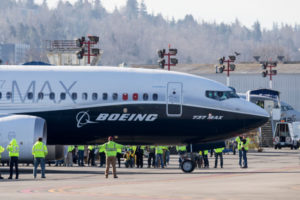 Boeing 737 is the best selling airplane ever and it became a true emblem of the aviation during the last centuries. The reason for this is that the US company Boeing sold out absolutely all the produced planes of this model and since 1965, the aviation giant has received a total of 14,725 orders for the Boeing 737 varieties.

In order to be able to imagine what this means, it can be said that the second best-selling Boeing 777 aircraft has currently under 2,000 orders. Of course, it should be borne in mind that the second is considerably more expensive and has been developed specifically for long distances.

However, the largest competitor on the plane – Airbus A320 – is approaching this record. By May, its orders reached 14,228.

The first version of 737 appeared in 1967 and then has only 50 seats. It was designed to travel between 80 and 1,600 kilometers and was half in size compared to the current version of the model.

Lufthansa, United Airlines and Malaysia-Singapore Airlines are the first companies, which ordered it. For the German company, for example, Boeing made the 737-100 version.

The original prototype of the model is never used for civilian flights and can only be seen at the Seattle Aviation Museum.

Nowadays, Boeing 737 MAX 10 is turning into its best-selling version, which has 230 seats. There are already 4,500 orders. It is part of the fourth generation of 737 called the MAX, which was first introduced in 2011.