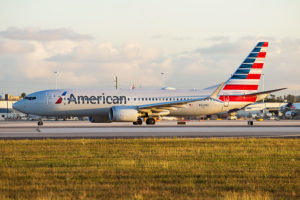 The flight control of Boeing 737 MAX might not be the only problematic equipment on board of the aircraft, as at least two US airlines had to inspect the engines of aircraft that had already been decommissioned due to concerns that a technical defect could damage some parts of the power plants.

The possible soot around the fuel injectors prompted the engine manufacturer, CFM International, to recommend that some airlines inspect and replace the necessary engine components of the Leap-1B model, which are installed on Boeing 737 MAX aircraft.

According to anonymous sources, we are talking about American Airlines and Southwest Airlines – the two largest American airlines with a fleet of liners of the MAX family. Despite the fact that only a small part of the engines was affected, the checks will add problems to the operators of the 737 MAX, the best-selling Boeing model, the workhorse of the world air fleet.

American Airlines on Wednesday confirmed CFM’s request to inspect three engines, which revealed no problems. Previously, 12 engines had to check the company Southwest. The results were sent to the manufacturer if any problems were found, the airline does not say.

Meanwhile, the US Federal Aviation Administration said Friday that a joint governmental review of the now grounded Boeing 737 MAX will begin on April 29 and will include 9 other aviation regulators from around the world.

The FAA said earlier this month it was forming an international team to review the safety of the aircraft, grounded worldwide following two deadly crashes – in Indonesia in October and in Ethiopia last month – that killed nearly 350 people.