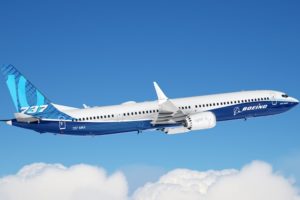 The US aircraft manufacturer Boeing has completed work on changes to the software of the 737 MAX aircraft, whose operations were suspended after the disasters in Indonesia and Ethiopia.

Boeing Corporation now provides additional information requested by the US Federal Aviation Administration (FAA), including on how pilots should operate in various flight modes. After providing this information, Boeing, together with the FAA, will decide on the timing of the certification flight tests.

On May 23, the FAA planned a conference in Fort Worth (Texas) with the participation of those countries where Boeing 737 MAX aircraft are operated, where they will be provided with information on software updates for aircraft and on changes in the preparation process the pilots of these planes.

At a hearing on Wednesday in the subcommittee of the House Committee on Transportation and Infrastructure, the head of the National Transport Safety Council, Robert L. Sumwalt, said that after Boeing introduced the latest version of the MCAS software (Maneuvering Characteristics Augmentation System) recommendations will be prepared on what kind of training pilots of this type of aircraft must undergo, and only after that the ban on operating Boeing 737 MAX aircraft will be removed.