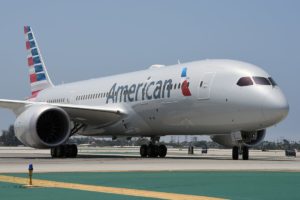 The Boeing 787-8 was first diverted to the Edmonton airport but the plane was then rerouted to Calgary International Airport, which has a longer runway. The plane was forced to burn some fuel, to reduce the landing weight. The landing went smoothly, no one was hurt.

The airline said passengers will stay overnight in hotels. A plane was being sent from Dallas to take them on to Beijing.

The Boeing 787 Dreamliner is an American long-haul, mid-size widebody, twin-engine jet airliner made by Boeing Commercial Airplanes. Its variants seat 242 to 335 passengers in typical three-class seating configurations. The first 787 was unveiled in a roll-out ceremony on July 8, 2007 at Boeing’s Everett factory.