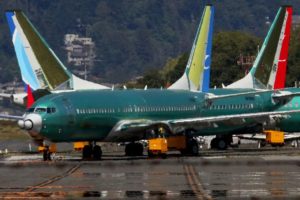 The US aircraft manufacturer Boeing accelerated deliveries of 737 in September, starting to to reduce its delivery backlog. The 61 Boeing 737 were completed and delivered during the reported month, which marks turn around for the company, which has struggled lately to get 737s out the door amid supply chain bottlenecks.

Beoing delivered 29 aircraft in July and 48 in August, figures being well below the company’s goal of handing over 52 of the aircraft monthly this year.

As Boeing continues to roll 52 planes off assembly lines each month, that means the backlog of unfinished and undelivered planes was cut last month by nine aircraft, the first reduction since the buildup began in the year’s second quarter.

As 737 deliveries slowed in recent months, executives remained resolute, insisting Boeing had a recovery plan in place and that deliveries would increase in the later part of the year.

“We had achieved good progress on our 737 production recovery plan in September”, said the company’s spokesperson, Paul Bergman. “Our team remains focused on executing the plan and meeting our customer commitments”, added he.