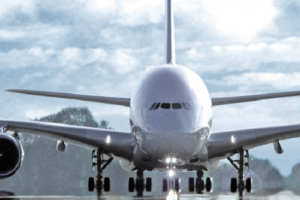 The US aircraft manufacturer Boeing announced that it has won an order for 14 cargo planes worth 4.7 billion USD, giving a spectacular start to the business race with its competitor Airbus SE from the first day of aviation show at Farnborough Airport, which is the biggest event for the year for manufacturers in the sector. Logistics group DHL announced an order for fourteen 777 aircraft with option for another seven.

It is expected that Boeing and Airbus will make a number of statements on the first day of the airshow, as the two companies seek to strengthen their already growing order lists.

This Boeing order follows the deal with the FedEx Express, in June for 24 medium and large cargo planes.

Although the tension in world trade has escalated, the airline industry now relies on e-commerce, which continues to grow as more and more people start to buy fast-delivery products. The demand for air travel is expected to grow by 4% this year, according to the International Air Transport Association (IATA)

Last year was the most successful for this industry since 2010, with traffic growth rising more than double to 9%.

Boeing’s latest order will double the total number of DHL aircraft, according to the company. The deliveries of the first four aircraft are scheduled for the end of 2019.

At the same time, European rival Airbus SE is approaching a 29 billion USD deal with Asian carriers that expand their fleet due to the growing need for air travel in the region. The European manufacturer is working on an impressive 23 billion USD airbase agreement for AirAsia Group Bhd. Apart from this, Airbus is approaching a deal for the sale of large-scale jet aircraft estimated at approximately 6 billion USD to Taiwan’s StarLux Airlines.

Orders are still the subject of final negotiations. Although no final deal has yet been reached, the parties are close enough to announce the negotiations at the Farnborough Airport air show.

The deal between Airbus and AirAsia Group Bhd will push the Asian company in front of the Indian Interglobe Aviation Ltd, as the largest customer of the European airline.

Aviation show at Farnborough Airport is the biggest event in the aircraft industry this year. It alternates with the Paris Avioshow, generating more than a quarter of the orders made in this area each year. The salon is an important event in the aviation-space industry calendar. The Forum attracts about 100,000 professional visitors from 100 countries who are looking to establish contacts and make deals.

At the previous saloon in 2016, the value of the contracts reached 124 billion USD.

For the UK airlines, the salon itself is an excellent opportunity to show their production. This year, however, Brexit’s fears are becoming increasingly threatening, and many will be the focus of conversations.