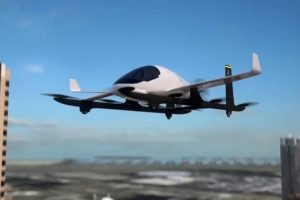 The American companies Boeing and SparkCognition have announced the creation of a joint venture SkyGrid, which will develop a dispatching system for drones and aerotaxis and will manage air traffic in cities. The developers said that the new system will be created taking into account the rules of flights operating in several countries around the world.

Today, many companies are considering using drones to significantly accelerate the delivery of their goods to customers. Various mail services plan using drones for the delivery of parcels. In addition, several companies in the world are engaged in the development of aerotaxis for the rapid transport of passengers in the city and suburb.

In the next few years, this may lead to an increase of aircraft in the airspace of cities. Intensive air traffic will need to be streamlined so that the aircraft do not collide with each other and do not pose a danger to people.

SkyGrid announced that a promising dispatching system will use machine learning technologies to work with large amounts of data that will be stored in the blockchain. Due to the use of the blockchain in the system, the developers intend to protect it from hacking and ensure the authenticity of the instructions given to the drone operators, drones and aerotaxis.

It became known earlier that the Civil Aviation Administration of China in the city of Shenzhen in the province of Guangdong launched in a pilot mode an automated dispatching system for drones.