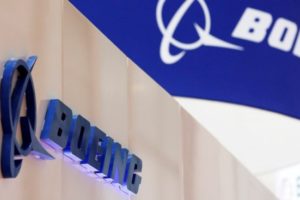 Boeing announced a higher-than-expected profit in Q1 2018 and increased its earnings per share and cash flow forecast for the full year, thanks to a strong demand for air travel. Boeing, which sold a record 763 aircraft last year and has already announced an increase in supplies in the first three months of the year, raised its operating cash flow forecast for the full 2018 to 15.5 billion USD from its original 15 billion USD.

The deliveries of Boeing’s commercial aircraft grew by 9% in the first quarter of the year to 184.

Analysts expected earnings per share of 2.58 USD and earnings of 22.26 billion USD.