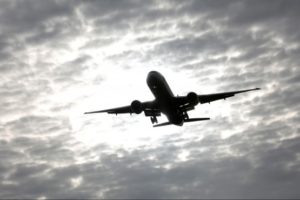 The US aircraft manufacturer Boeing is considering cooperation with Brazilian Embraer. This will significantly boost Boeing’s presence in the highly competitive regional aircraft sector. Among the options discussed is the creation of a joint venture to allow both companies to share assets and cross-sell their complementary range of aircraft.

For the time being, companies do not reveal any more details about their partnership, which they believe is still under discussion, and must be approved by the Brazilian government and regulatory authorities as well as Embraer shareholders.

Brazilian government owns the so-called “golden share” in the manufacturer, which gives the authorities the right to veto a possible acquisition. President Michel Temer has already signaled in this direction. According to reports in local media, he said at a meeting with Defense Secretary Raul Jungmann and Air Force Commander Nivaldo Rosato that he would not allow control of the local producer to go into foreign hands.

“The national pride is an important factor here, which can determine the structure of these agreements, so joint ventures could in some cases be a better option than full merger.

The eventual acquisition, which will increase Boeing’s production base outside of the United States for the first time, is the largest for the company since it bought its US rival McDonnell Douglas in 1997. But even if the relationship between the two manufacturers remained at the partnership level, Boeing would have access to the aircraft sector with up to 100 seats. The company needs this after its European rival Airbus negotiated in October the right to take over the program of the Canadian company Bombardier to produce CSeries.

So far, Boeing and Airbus have been focused on producing larger aircraft, leaving behind planes with 100 or fewer seats that have almost the same production costs but are sold at a lower price. The opportunity to embark on a deal with Embraer increases the chances of a Boeing and Airbus duopoly to expand in the regional aircraft industry where competition from manufacturers in Canada, China, Russia and Japan is growing.